AS YOU THINK, SO YOU ARE by Dan Burt 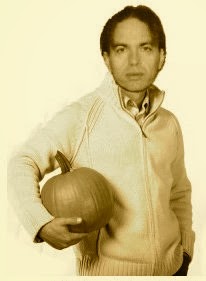 Dear Stupid Ass Questions: I've heard that as you think, so you are. Does that mean I'm a pig? I've been thinking about bacon for a week now.

DAN: Don't go rooting around in the slop bucket just yet. I think you are confusing "as you think, so you are" with the scientifically proven adage "you are what you eat." While the former is more of a philosophy, the latter is a fact. Thinking about food will not turn you into the source of that food, but eating pounds and pounds of bacon in a week will most assuredly eventually lead to a porcine appearance. To put it another way, you can think about dessert all you want, even while standing on your head on a plate in a corner, but that won't make you a pineapple upside down cake. Eat a cake a day, though, and you will develop a serious case of Bundt butt.
As a philosophy, "as you think, so you are" has helped many people throughout history. Andrew Carnegie, who started the modern positive thinking movement, knew the power of the mind. Positive thinking helped him build successful businesses and wealth before he squandered his fortune after contracting philanthropy.


Today, positive thinking has been repackaged as The Secret (endorsed by Oprah). I've had mixed results using the techniques. Once, I wished for a hundred million dollars for a couple of weeks and won two small lotteries for a grand total of only nine hundred thousand dollars. That's not even one percent of what I was wishing for! Needless to say, I was disappointed. I ended up buying a couple of yachts which were hijacked by pirates. On a positive (thinking) note, I'm thrilled that authorities have not suspected me of the many neighborhood shed break-ins that have been occurring lately.
StupidAssQuestions.com
Posted by Today's Stupid Ass Question at 8:58 AM 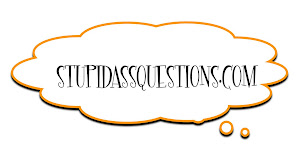